To verify this feature, a mix of necessary AWS resources were created via CloudFormation and AWS console. Resources are as follow:

This guide was just generally followed. The most important addition is the CloudFormation support for Fargate to be able to connect to EFS. Below is a snippet of the Task Definition resource:

The important additions are MountPoints (under the Container Definition) and the Volumes sections.

First, login to the EC2 instance and mount the EFS. Instructions are here. common.txt file was created under the mounted directory /mnt:

common.txt file was created to confirm whether the same file is accessible across multiple Fargate task instances.

Next, run the tasks. For this documentation, a simple Dockerfile was prepared. It just lists the files in the EFS and adds a new one:

Go over to the ECS Cluster via console and run the task. Be sure to choose the following:

Sample execution results are as follow. The two tasks were run in two different subnets to ensure independence (see Subnet Id in the execution details). 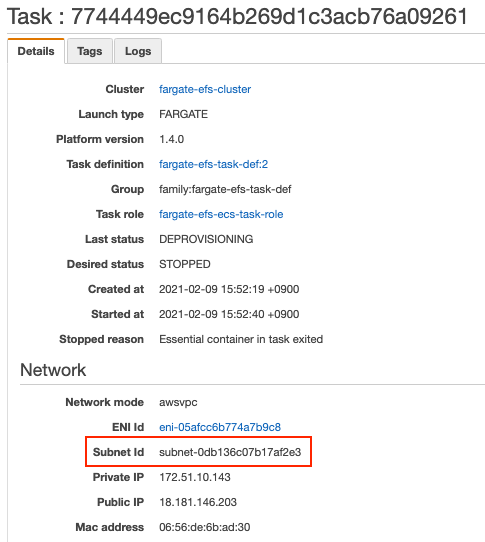 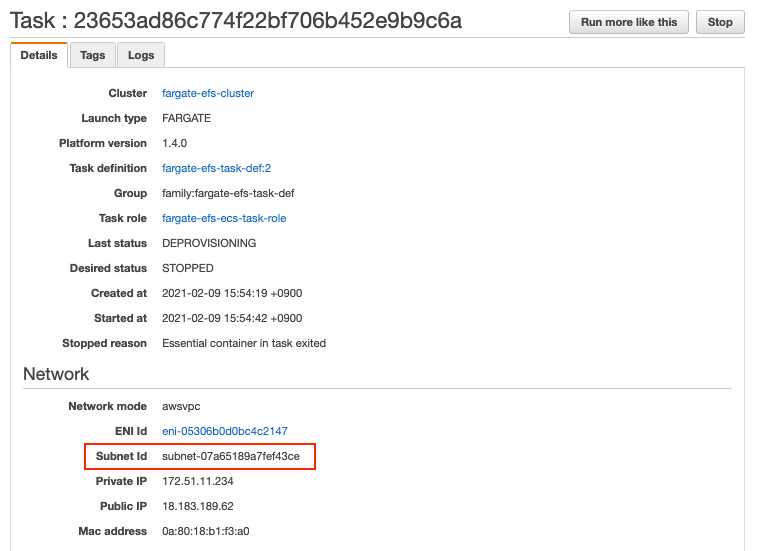 With these, it was shown that Fargate tasks running in different subnets can access the same EFS volume just like EC2 instances.