This post will show you how you can use SkyHopper in configuring your windows instances on AWS Cloud and Chef that provisions a new Windows EC2 instance by using CloudFormation and bootstraps it using Opscode Chef – given that the reader has the knowledge on the following technologies.:

If you haven’t installed SkyHopper yet, Please Visit http://skyhopper.org/en/ for more information on how to use the system.

Previously SkyHopper does only support Linux instances only which is fairly easy to handle using chef server by SSH connection with just a few clicks away, in which  it connects to it over SSH using the specified key pair, installs chef-client, and bootstraps the node using the specified run_list. Done.

Meanwhile, things are a bit different when it comes to Windows Server instances.

But these features are already configured and provided in SkyHopper System which has already an all-in-one solution for bringing up new Windows Server nodes in the Amazon cloud using CloudFormation and Chef.

The json script that is already included in skyhopper list of cloudformation templates uses has the power to make this all work:

It includes the “user data” file to pass to the EC2. This gets executed by the new instance when it is first provisioned. There are two tricks we need to stick into the user data file: 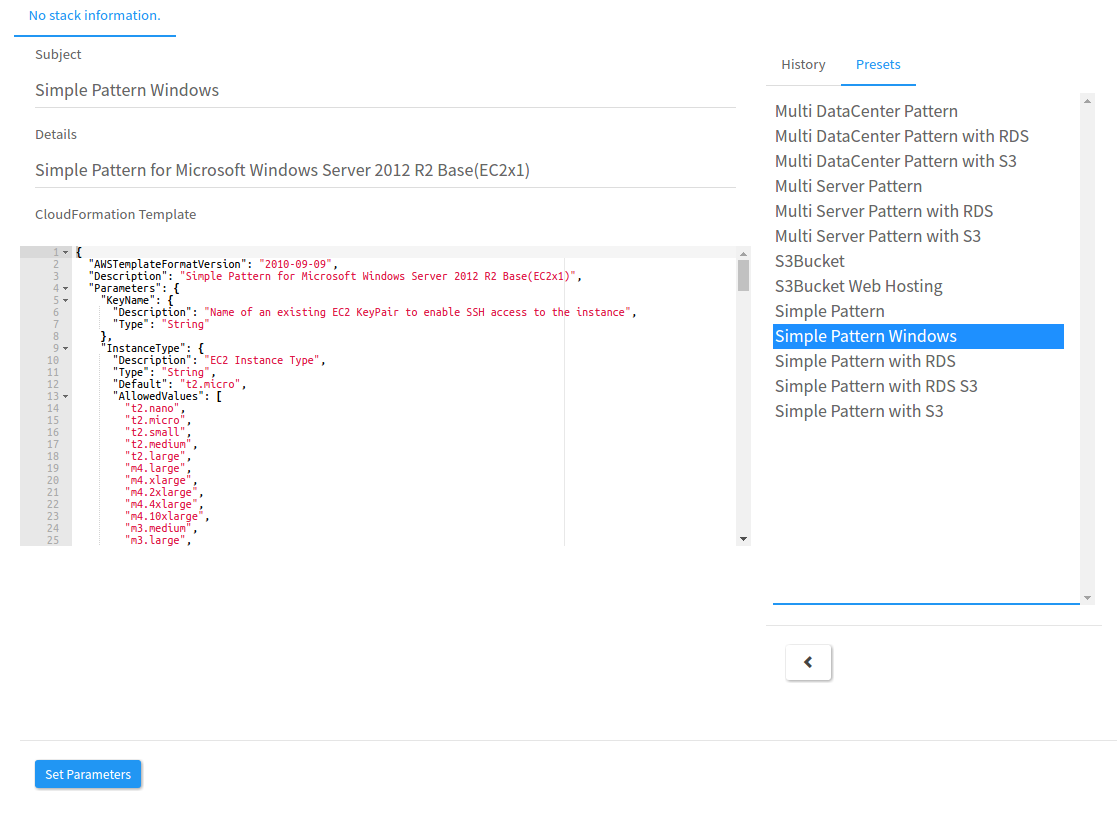 Finally, we can bootstrap the new running Windows instance with the by pressing the bootsrap button which executes knife bootstrap windows winrm command, using the IP address we acquired, the password we specified in the user data, and the other knife params we want to use such as the run_list and environment.